European cuisine restaurant is famous in Lviv for its unique dining concept -  fresh meat and seafood cooked on lava-stone slabs.

This is a historically famous Scottish Café where Mathematicians used to gather in the period between the Two World Wars. The Walls of the "Scottish" Restaurant were decorated with chivalrous panels under the motives of novels by Walter Scott. This is where the name of the restaurant comes from. Here you can look through a copy of the legendary math book by Stefan Banach, which contains records of Mathematicians, who held the meetings here in the period between 1935 and 1941. 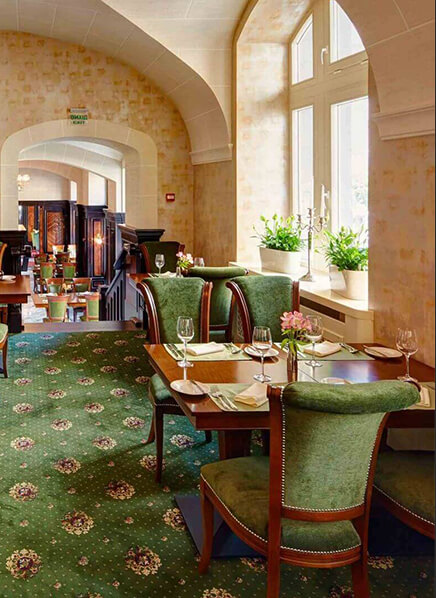